Error Event in an Event-Subprocess

Ok. The end event in the even subprocess should end the main process. I’m trying to avoid a termination event… 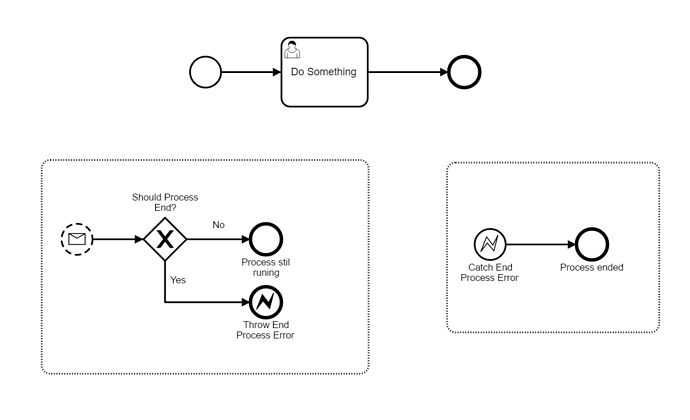 In this scenario - only the error event would actually cause the process to end. Is that what you’re trying to achieve?

Exactly. But still I don’t see that the second event subprocess actually causes the main process to end. In the diagram I only read the event subprocess ends. A boundary error event could have a sequence flow to the major end event.

The event sub-process which starts with an end event is an interrupting event sub-process. So as soon as the “catch end process error” start event is triggered it will stop all tokens that are running in the main process.

I see. Forgot about the interrupting event subprocesses.
Thank you - made my day!

I tried to implement the same scenario. But the exception was not caught. 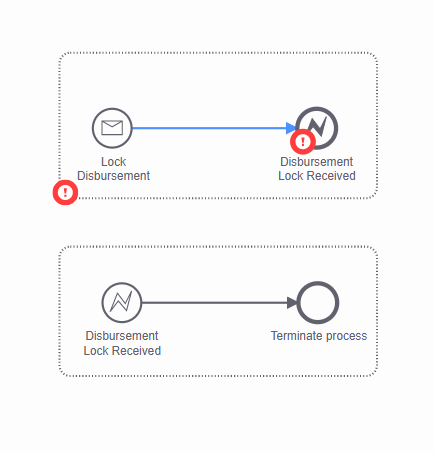 Could anyone tell me what is wrong please ? Thanks