We have integrated Form.io vanilla js library into our forms. I wouldn’t call it specifically elegant, but the approach works as follows:

@Ilya_Malyarenko can you share the stub for the community to reuse. Even if it’s not perfect, sharing it is beneficial.

@Ilya_Malyarenko :
Standalone Formio builder is used to generate a JSON file
i get clone from ngFormBuilder will be used to generate form , i need to put URL in form key modeler ? or I need change implementation tab form in modeler

Sure. Will share some basic example probably next week.

Nope, it is not that simple. We use Form Builder to produce form definition in JSON and later load it via vanilla js formio renderer.

I will come back to this topic later next week with some basic example.

@Ilya_Malyarenko there are part about Form builder i want also the user create form using form builder then save JSON object generated in process cycle .

when user go to tab form in modeler will be there external link to form builder page (external) , So the user create the form as he want then save JSON generated in the process , (contains all fields user selected ) .

@Ilya_Malyarenko’s config needed in the modeler is why we opted for setting up a microservice to handle the forms. 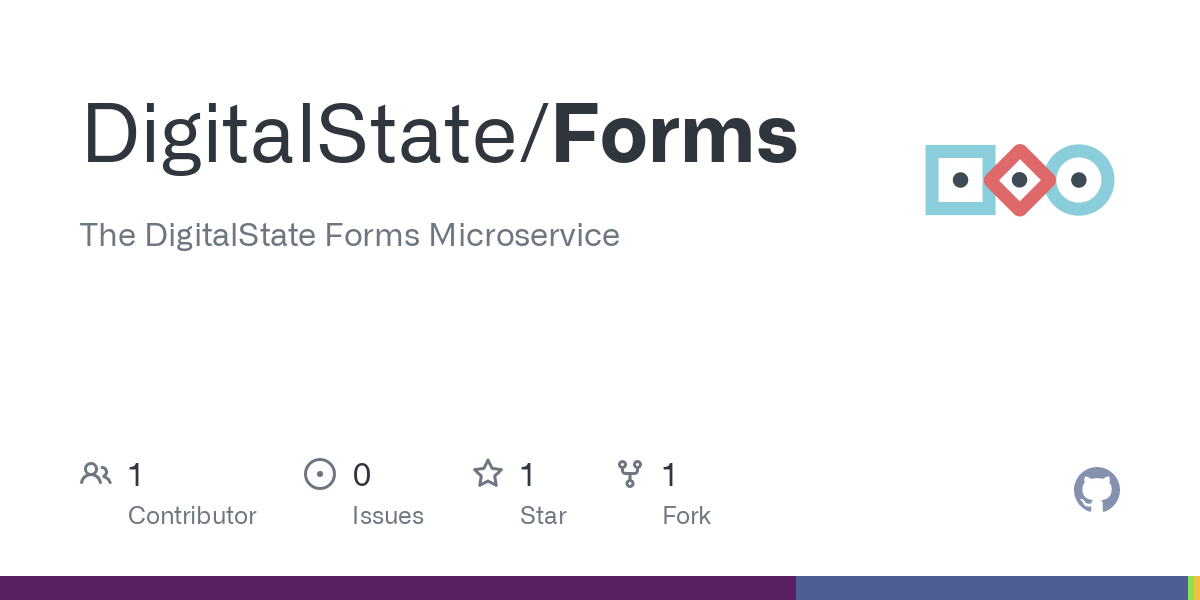 The DigitalState Forms Microservice. Contribute to DigitalState/Forms development by creating an account on GitHub.

In our context you would just be adding a form key such as formio:myForm and the microservice handles the rest.

As promised — some basic example of an off-line Formio integration (not intended for production) based on Formio.js renderer library.

Then run this in the root directory

As far as I remember it does not have external dependencies and comes with a custom version of the formio (as we use Box integration of the File component).

It works for me on a standard distribution of 7.9 with Tomcat.
Some limitations: it supports only basic controls and forms (no support for formio workflows).
Fancy controls like Signature will crash form / camunda on submission.

You can play with toy JSON examples from here: http://formio.github.io/formio.js/app/examples/json.html
Just remember that JSON files should contain escaped json objects (with quotes).

@Ilya_Malyarenko thanks for your response ,
1- i depoyed demo.webform.war in the following path:
…\camunda-bpm-tomcat-7.9.0\server\apache-tomcat-9.0.5\webapps
2- then go to start process , give me error :

debug.groovy where should be defined ?

Also, please run your test in Chrome as other browsers do not work at the moment.

where should set config path

This typically means some issue with deployment. Remove war file and remove deployment in cockpit manually. Then redeploy. 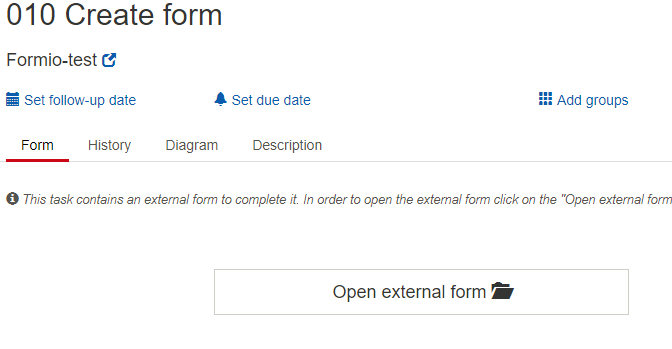 And after clicking on Open external task:

P.S. I have just committed missing debug.groovy to repository

1- where action form where should be go ?, also the mapping fields between form builder and process variable like first name, last name … ?

Form itself is represented by a JSON file. Filed names are encoded in Formio builder by setting API keys. The same API keys are in a variable representing form submission (also JSON). Go to cockpit and check variables after the first step to see

hi i have the same problem, any solution please

Hello can you please share the code with us

Here is a community plugin to solve this need:

Hey all. cc @camunda Been working on a little but I would say valuable plugin for Tasklist: Simple, easy to use, straight to the point; Formio Integration! This gives us Formio forms within tasklist (start forms and User Task Forms) without having to write new HTML. You can build your formio JSON and import the JSON file. It provides multiple options and does not require any modifications to camunda modeler. Features: Configure the use of the formio form using regular Form Key syntax: em…