i saw a a Tutorial of @Niall and just want to imitate what he is doing i got everything up to
to the point where he wants to add the file SimpleDemo.war in the engine
However, I don’t have a folder called server , I don’t know where I would add the SimpleDemo.war file
does anyone have an idea 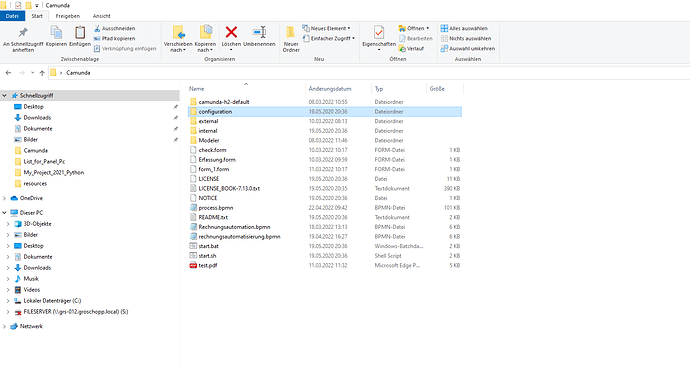 The demo your following is intended for the wildfly/tomcat distro and you’ve downloaded the Camunda distro.
I’d suggest following a newer tutorial this would be a good start: Camunda Platform Tutorial: Building and Running a JavaScript External Task in Camunda Run - YouTube