I have a scenario where there is a user task and a non interrupting boundary timer event attached to it with duration R5/PT1M, i.e it will fire 5 times at an interval of 1 minute.
My requirement is that if the user task is reassigned during this timeperiod, the timer should again be triggered 5 times at an interval of 1 minute. Example: my task is assigned to john and john has not taken any action on this task for say 2 mins ,so the timer has already fired twice. Now if I reassign the task to Mary, and mary does not take any action on it for say 5 mins , the timer is triggered 5 times i.e a total of 7 times (2 john + 5 mary). Is it possible to execute this coz normally the timer under above scenario is getting triggered a total of 5 times ( 2 john + 3Mary) . Thanks in advance.

A new task should be created with each reassignment. and to achive this behavior you should implement your reassign logic such that on each reassignment action, the token will go through a sequence flow which return back to the user task. (see attached image) 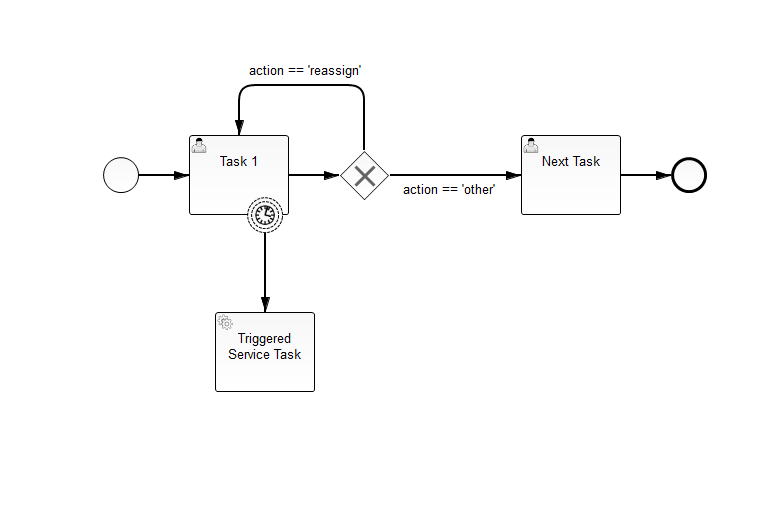 Hi @hassang Thanks for your reply, but how to check for reassignment??