Replace a null value in a variable

What would be the way of replacing a null value returned by a task ?

with a non null value such as one. Is it possible to do it via an expression ? As a workaround i have created an additional separate task

But ideally i would want to do this in one task. So if null, which is taken care of by a xor gateway, replace the null value with one, otherwise use the value returned by the task.

I’m not sure whether I fully understand your question.

If you simply want to use an expression to deal with a value that can be null, then you could use the if expression:

I think you have understood my question though in my use case it would have to look something like,

The variable is used down the line on other tasks so i will need the variable to have 1 if the result returned by the preceding task is null. 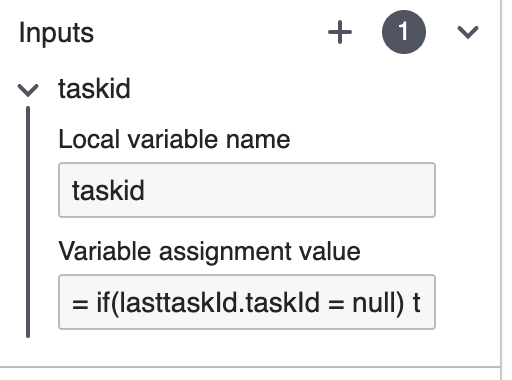