I would like to distribute my user task between my users, so to speak, each user has a specific task
I have created several users with different groups, but nothing happens because I still get all the tasks in the demo user

Hi @chahramane_hafid
Maybe you share with us a bit more details about the process? Can you upload the BPMN file and explain how are you trying to distribute the task?

i share the sceenshot and the bpmn program with you

Thanks for sharing more details.
Could you also share a few screenshots from Camunda Admin pages - users, groups to illustrate created users and groups?

Did you check if there are errors or useful messages in Camunda log when you starting instances?

If there’s anything else I’d like to explain, I’d be happy to explain

Have you deployed this BPMN file after you made the changes to task distribution?
I understand it’s a silly assumption but it could be you just forgot to deploy the changes.

i have deployed
and i checked it someny times but still not working
i don’t even know where is my error ?
i have realy no idea

i don’t even know where is my error ?

i starte the engine with start.bat file 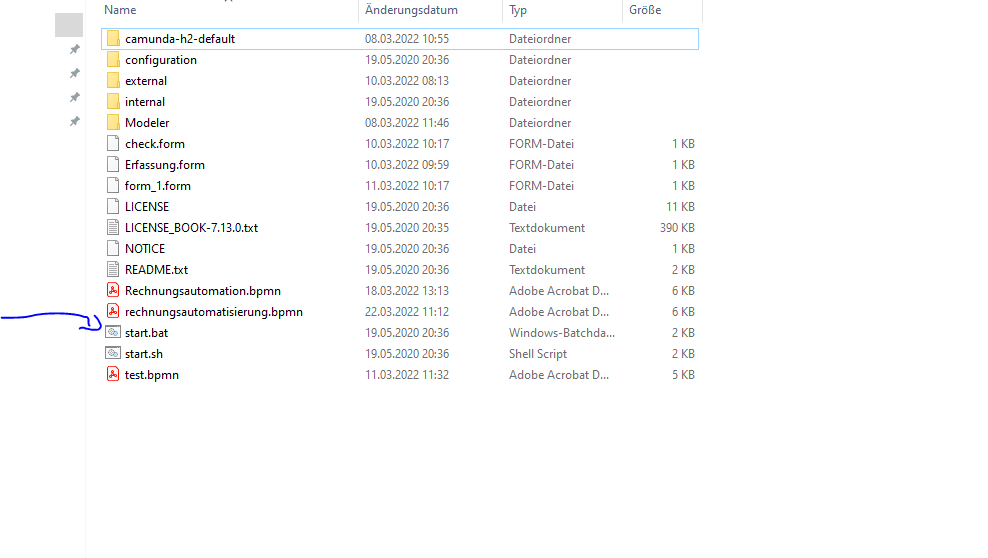 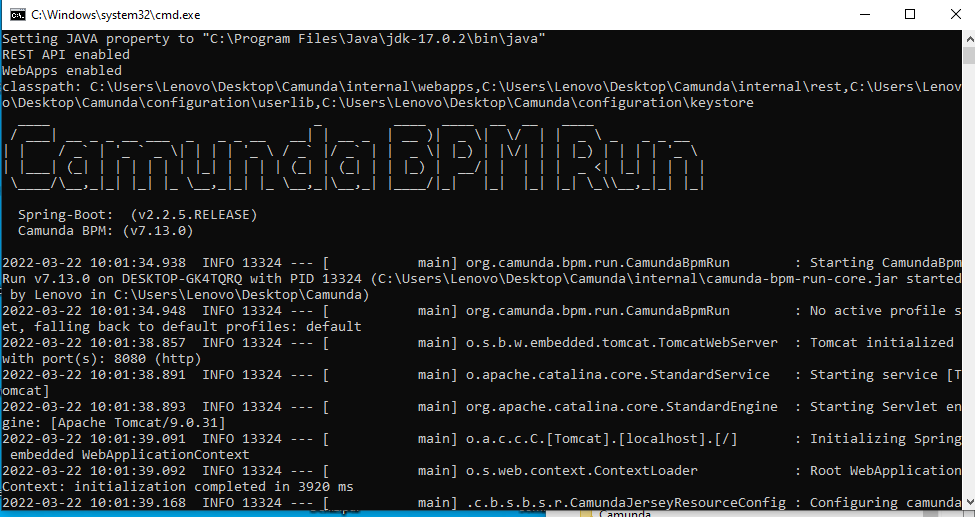 It looks like I understand what is going on. I suggest you read about the difference between Assignee/Candidate User/Candidate Groups.
Here are a few starting points 1 and 2 and 3

Also, you can specify stefan in Assignee field of the “Rechnung erfassen”, deploy it, start a new instance and see that a task is assigned to stefan.

But again, I would highly recommend reviewing the links to understand the difference between these concepts.

Thank youu so much for your help Alex !!

i did what you told me

the task is assigned to stefan, but I could not edit the task, it is only read

It’s weird. I used the process you provided and it looks as expected. 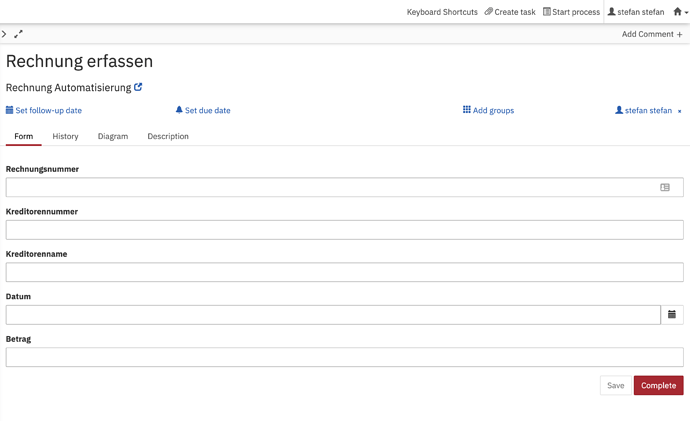 @Alex_Voloshyn Thank you so much Alex !!

Did you solve the problem?

Yes Alex Thank you so much !!

You’re welcome. Please mark one of the answers as a Solution so it is visible to the community that the problem is solved.